What Happened on Good Friday? A Timeline of Jesus's Last Day 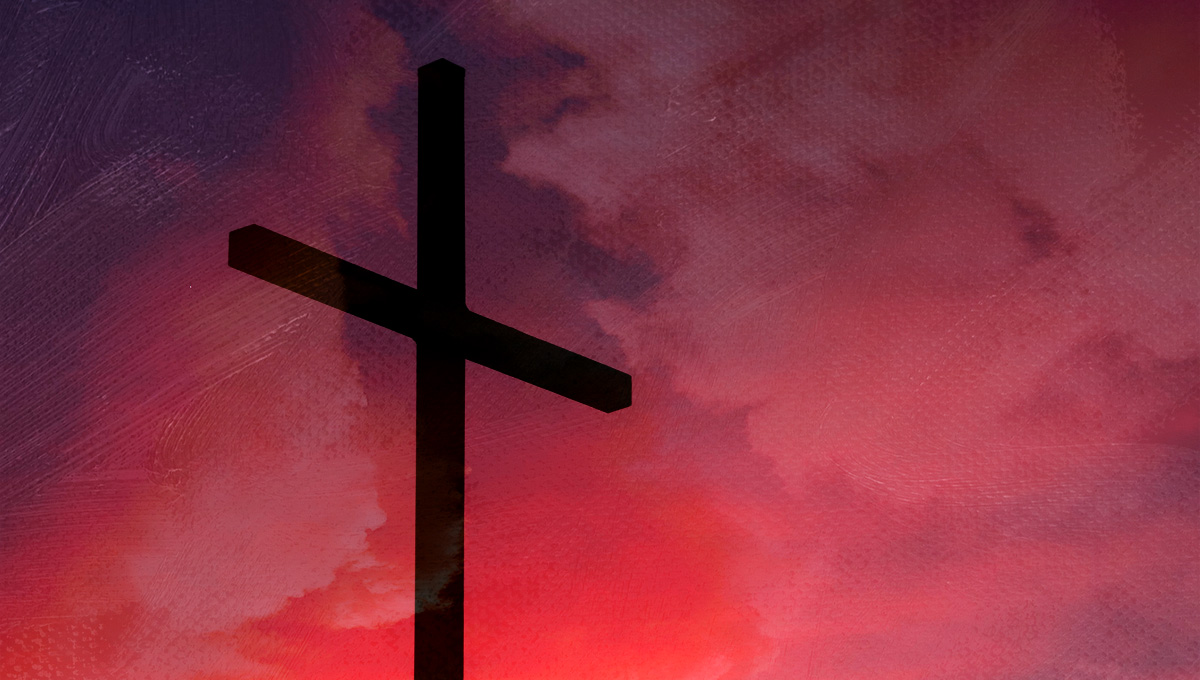 The Romans were professionals when it came to killing people, and crucifixion was one of the cruelest, most public and shameful forms of execution they employed. Victims typically died from either physical trauma, loss of blood, shock, or suffocation from no longer having the strength to lift themselves up to breathe. It was a gruesome way to die and most often reserved for slaves and the worst of criminals.

Jesus’s enemies mocked him to the very end. They taunted and derided him. Hurled insults. Publicly humiliated him. Jesus was given a robe, a crown of thorns for his head, a staff in his hand. Soldiers bow down sarcastically, saying, “He saved others, but he can’t save himself!”

The tune has changed. Less than a week ago they were yelling “Hosanna!” Now they’ve nailed him to a cross.

Jesus’s response? “Father, forgive them, for they do not know what they are doing” (Lk. 23:34). In the midst of suffering and torment, Jesus extends forgiveness. They’d don’t understand. His refusal to save himself is precisely what made it possible for others to be saved. Coming down from the cross would have saved no one except himself. But Jesus didn’t come to be served, he came to serve and give his life as a ransom for many (Mk. 10:45).

As you prepare to celebrate Easter on Sunday, spend some time reflecting on Jesus’s last day of life. Here's a timeline of what happened on Good Friday in the hours leading up to Jesus’s death on a cross.

After Midnight on Friday Morning

John 18:2-6 Now Judas, who betrayed him, knew the place, because Jesus had often met there with his disciples. So Judas came to the garden, guiding a detachment of soldiers and some officials from the chief priests and the Pharisees. They were carrying torches, lanterns and weapons. Jesus, knowing all that was going to happen to him, went out and asked them, “Who is it you want?” “Jesus of Nazareth,” they replied. “I am he,” Jesus said. (And Judas the traitor was standing there with them.) When Jesus said, “I am he,” they drew back and fell to the ground.

Jesus Taken to Annas and Caiaphas

John 18:13-14 They bound him and brought him first to Annas, who was the father-in-law of Caiaphas, the high priest that year. Caiaphas was the one who had advised the Jewish leaders that it would be good if one man died for the people.

Matthew 26:64-66 The high priest said to him, “I charge you under oath by the living God: Tell us if you are the Messiah, the Son of God.” “You have said so,” Jesus replied. “But I say to all of you: From now on you will see the Son of Man sitting at the right hand of the Mighty One and coming on the clouds of heaven.”
Then the high priest tore his clothes and said, “He has spoken blasphemy! Why do we need any more witnesses? Look, now you have heard the blasphemy. What do you think?” “He is worthy of death,” they answered.

Mark 14:53-54, 66-72 They took Jesus to the high priest… Peter followed him at a distance, right into the courtyard of the high priest. There he sat with the guards and warmed himself at the fire... While Peter was below in the courtyard, one of the servant girls of the high priest came by. When she saw Peter warming himself, she looked closely at him. “You also were with that Nazarene, Jesus,” she said. But he denied it. “I don’t know or understand what you’re talking about,” he said, and went out into the entryway.
When the servant girl saw him there, she said again to those standing around, “This fellow is one of them.” Again, he denied it.
After a little while, those standing near said to Peter, “Surely you are one of them, for you are a Galilean.” He began to call down curses, and he swore to them, “I don’t know this man you’re talking about.” Immediately the rooster crowed the second time.
Then Peter remembered the word Jesus had spoken to him: “Before the rooster crows twice you will disown me three times.” And he broke down and wept.

Matthew 27:11-14 Jesus stood before the governor [Pilate], and the governor asked him, “Are you the king of the Jews?” “You have said so,” Jesus replied.
When he was accused by the chief priests and the elders, he gave no answer. Then Pilate asked him, “Don’t you hear the testimony they are bringing against you?” But Jesus made no reply, not even to a single charge—to the great amazement of the governor.

Mark 15:15 Wanting to satisfy the crowd, Pilate released Barabbas to them. He had Jesus flogged, and handed him over to be crucified.

Jesus Carries His Cross with Help from Simon of Cyrene

John 19:17 Carrying his own cross, he went out to the place of the Skull (which in Aramaic is called Golgotha).

Luke 23:26 As the soldiers led him away, they seized Simon from Cyrene, who was on his way in from the country, and put the cross on him and made him carry it behind Jesus.

Mark 15:25-26 It was nine in the morning when they crucified him. The written notice of the charge against him read: THE KING OF THE JEWS.

Luke 23:34 Jesus said, “Father, forgive them, for they do not know what they are doing.” And they divided up his clothes by casting lots.

Matthew 27:39-43 Those who passed by hurled insults at him, shaking their heads and saying, “You who are going to destroy the temple and build it in three days, save yourself! Come down from the cross, if you are the Son of God!” In the same way the chief priests, the teachers of the law and the elders mocked him. “He saved others,” they said, “but he can’t save himself! He’s the king of Israel! Let him come down now from the cross, and we will believe in him. He trusts in God. Let God rescue him now if he wants him, for he said, ‘I am the Son of God.’”

Jesus Speaks from the Cross

Luke 23:43 Jesus answered him, “Truly I tell you, today you will be with me in paradise.”

John 19:26-27 When Jesus saw his mother there, and the disciple whom he loved standing nearby, he said to her, “Woman, here is your son,” and to the disciple, “Here is your mother.” From that time on, this disciple took her into his home.

Mark 15:33 At noon, darkness came over the whole land until three in the afternoon.

Luke 23:44-45 It was now about noon, and darkness came over the whole land until three in the afternoon, for the sun stopped shining. And the curtain of the temple was torn in two.

Mark 15:34-38 And at three in the afternoon Jesus cried out in a loud voice, “Eloi, Eloi, lema sabachthani?” (which means “My God, my God, why have you forsaken me?”). When some of those standing near heard this, they said, “Listen, he’s calling Elijah.” Someone ran, filled a sponge with wine vinegar, put it on a staff, and offered it to Jesus to drink. Now leave him alone. Let’s see if Elijah comes to take him down,” he said. With a loud cry, Jesus breathed his last. The curtain of the temple was torn in two from top to bottom. And when the centurion, who stood there in front of Jesus, saw how he died, he said, “Surely this man was the Son of God!”

John 19:33-37 But when they came to Jesus and found that he was already dead, they did not break his legs. Instead, one of the soldiers pierced Jesus’ side with a spear, bringing a sudden flow of blood and water. The man who saw it has given testimony, and his testimony is true. He knows that he tells the truth, and he testifies so that you also may believe. These things happened so that the scripture would be fulfilled: “Not one of his bones will be broken,” and, as another scripture says, “They will look on the one they have pierced.”

Luke 23:50-54 Now there was a man named Joseph, a member of the Council, a good and upright man, who had not consented to their decision and action. He came from the Judean town of Arimathea, and he himself was waiting for the kingdom of God. 52 Going to Pilate, he asked for Jesus’ body. Then he took it down, wrapped it in linen cloth and placed it in a tomb cut in the rock, one in which no one had yet been laid. It was Preparation Day, and the Sabbath was about to begin.

The Entrance of Jesus’s Tomb is Sealed with a Stone

Mark 15:47 Then [Joseph] rolled a stone against the entrance of the tomb. Mary Magdalene and Mary the mother of Joseph saw where he was laid.

Luke 23:55-56 The women who had come with Jesus from Galilee followed Joseph and saw the tomb and how his body was laid in it. Then they went home and prepared spices and perfumes. But they rested on the Sabbath in obedience to the commandment.

Matthew 27:65-66 “Take a guard,” Pilate answered. “Go, make the tomb as secure as you know how.” So they went and made the tomb secure by putting a seal on the stone and posting the guard.

And everyone expected Jesus to stay dead…

Israel had wanted a king who would rescue them with power, authority, and maybe even violence on their behalf. But the cross was God’s announcement that Jesus would rescue the world by dying for it. Jesus rescues with sacrificial love, not force. And the great irony is that, in his death, Jesus becomes the king that Israel really needed.

Jesus’s death wasn’t a tragic waste of life. It was a rescue.

Do you believe that? Where do you struggle to believe? How does Jesus’s sacrifice challenge you? How might you embody Jesus’s sacrificial love for others in your own life?