Why I’m (Sometimes) Embarrassed To Be a Christian 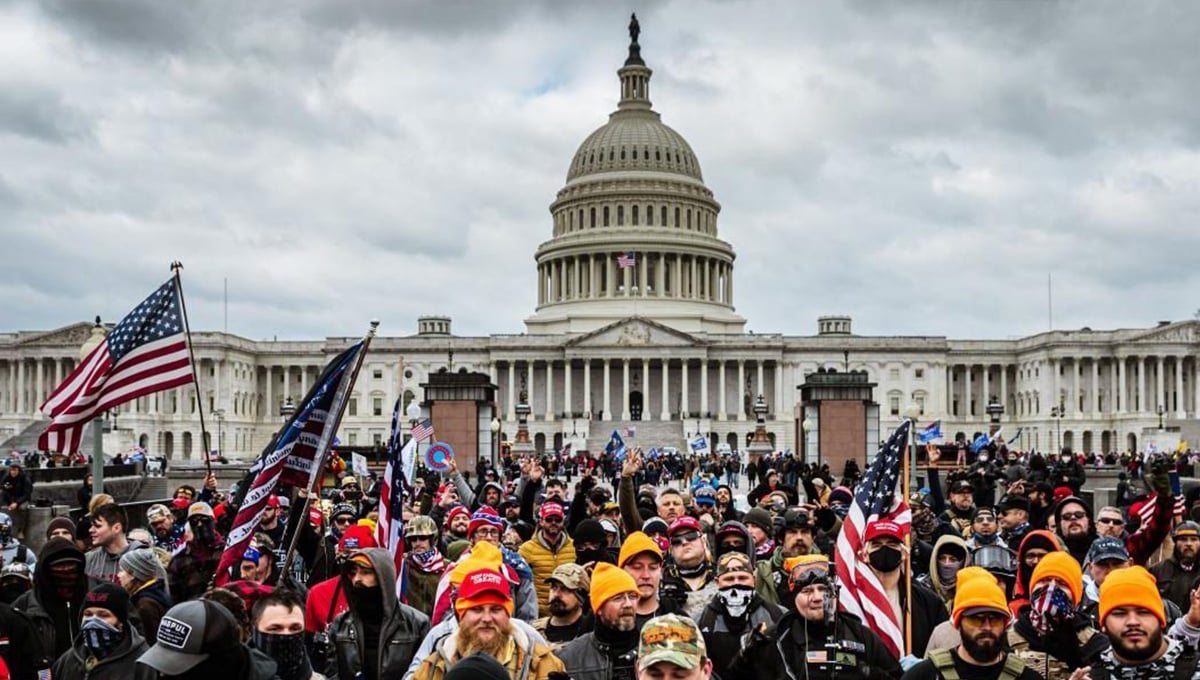 I want to cancel my subscription to 2021. I’ve experienced the free trial, and I’m not interested.

We know the basic outline of what happened at the “Stop the Steal” protest. And we know more about the subsequent attack on the United States Capitol on January 6. As more information about that dark day has become available, it’s unarguable that a sizeable portion of the crowd thought of themselves as Christians. There were Christian symbols, Christian music, and signs with Christian themes.

I wasn’t sure what to feel or think. Shock? Denial? Lament? Repentance?

Maybe I start with an admission: at times, I am embarrassed to call myself a Christian.

Don’t misunderstand. I’m not embarrassed by Jesus. I’m embarrassed by my fellow Christians (or, at least, by people who call themselves Christians). I hate to admit that because it sounds so self-righteous. But it’s true.

What is going on?! No wonder our neighbors are unwilling to consider the claims of Christ.

Jesus says that Christians should be salt to the earth and light to the world. And he warns that when we lose our saltiness, we are “no longer good for anything.” It’s our light—our good deeds—that serve as breadcrumbs leading to God.

Why are the Christians I see in the media so different than the ones I know?

The vast majority of Christians I know are trying their best to follow Jesus, even while acknowledging that they consistently fall short of their own standards (much less God’s).

Christians I know volunteer to house the homeless in the winter, work with disadvantaged high school athletes, and take in foster children. They give orphans a new home, volunteer at the food bank, send Christmas gifts to kids all over the world, and counsel addicts. They open businesses employing their neighbors, coach little-league, serve on the local school board and in the PTA. I know Christians who are rich, middle class, and just barely making it. Who are white, black, Hispanic, and Asian. Married, single, and single again. Young and old. They’re high school graduates and PhDs. They vote Democrat and Republican.

What do they have in common? A genuine love for Jesus.

Their sacrificial service inspires me. I’m challenged by the ways they open their hearts. I respect how they use their gifts for the common good.

But hardly any of them are featured in the media. I’ve given up complaining about that. If it bleeds, it leads. Media outlets are businesses, and I don’t resent them for finding a profitable business model. But I do lament the effect the media’s choices have on Christianity: the decisions to highlight the most unchristian extremes instead of the humble self-sacrifice of the majority of Christians.

1. Christians need to do some soul searching that leads to genuine repenting.

We can’t blame others for our sins. Since we don’t tolerate the blame game from our kids, and we shouldn’t from ourselves either. We have to be willing to name and confess our sins– both personal and corporate. Repentance is the way back.

2. Just because someone calls themselves a Christian doesn’t mean they are a Christian.

I’m not trying to be judgmental. It’s just the way it is. Christianity is self-selective. There’s no group in charge that says who is and isn’t a genuine Christian. Only God knows a person’s heart, and he doesn’t share that information with us. So when we hear 81% of white evangelicals voted for President Trump in 2016, what that really means is that 81% of those who claim to be Christians voted for him. Maybe they were, and maybe they weren’t.

“Nutpicking” is a term for finding the nuttiest member of a group, then claiming that person represents the whole group. It’s a widespread fallacy. We can always find a nut on the other side of any issue and use that nut to discredit the entire group. The media has an ample selection of “Christian nuts” to choose from. That’s especially true when anyone can claim to be a Christian or a pastor.

3. I’m embarrassed to say that everything I’m disgusted by in others’ lives I find in some form or fashion in my own life.

So I’m embarrassed to be a Christian. And, at the same time, I’m embarrassed about being embarrassed. Jesus loves his church. And his church is made up of broken, sinful, flawed people. I count myself fortunate to be among them. To be embarrassed by others is, in some sense, to think I’m better than they are.

What is a Christian?

The word “Christian” is only used three times in the New Testament. It wasn’t a name that followers of Jesus gave themselves. It came from those outside the faith and was probably intended as more of an insult than anything else.

The Greeks loved to give nicknames to groups of people who followed a particular leader. They called those who followed the Roman General Pompey “Pompeians,” and those who supported the emperor Nero Augustus “Augustinians,” meaning “of the party of Augustus.” So it made sense to call the followers of the Christ “Christians.”

What an honor. To call ourselves Christians is to say that we are of the party of Christ. But don’t miss the point: Greeks called the first believers Christians because they imitated Jesus. They obeyed his commands, and they pledged allegiance to him, not the emperor. All of these characteristics are still true for Christians today. It’s time to live up to our name.

So what does living out a Christian faith in our current culture really look like? Check out Keith Simon‘s sermon teaching from Matthew 5:43, “Us vs. Them”.