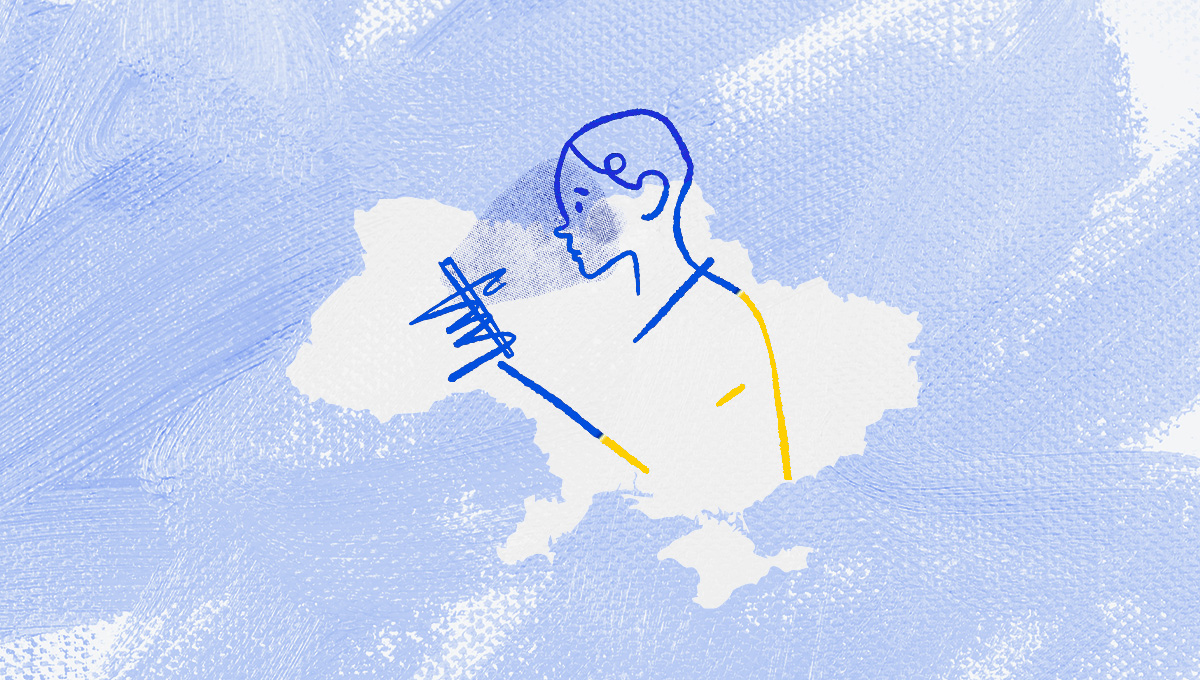 Unless you’re living under a rock, you know that something is happening between Ukraine and Russia. Let me be candid—this is not a news report. Nor am I an expert in international policies or the history of Russia and Ukraine. The simple fact is that things are changing so rapidly that, by the time you read this, the news will be different.

But God’s word is not oblivious to the realities of war or the dark powers that animate invaders and conquerors. Israel occupied a narrow strip of land that was highly valuable because it was the only viable highway between Ancient Egypt to the south and the various nations and empires to the north.

As a result, conquest, moving borders, changing rulers, freedom, and oppression were regular aspects of the ancient Israelite’s experience and history.

But before we look at how the Bible guides us to think about what’s happening in Ukraine, let me give a brief history of events leading up to the present conflict. (You can read more about the Russia-Ukraine crisis in this article from The Dispatch.)

In 1991, Ukraine became a nation-state. It was carved out of what was formerly the Soviet Union. And from the start, Russia made claims of sovereignty over its territory. It’s important to note that many people of Russian descent populate eastern and southern portions of Ukraine. This tug of war for control over the country came to a head most recently in 2014, when Russia used military force to annex the Crimean Peninsula, which was formerly part of Ukraine.

Historically, the Kremlin has seen Ukraine as a nation under its influence, not the West’s. Because of this, the Russian government has drawn a firm line: Ukraine must never join NATO. Western influence and systems of government are perceived as existential threats to land which they view as rightfully theirs.

This narrative came into play when Russian president Vladamir Putin gave a speech explaining why he was moving forces to engage with Ukraine. That invasion began Thursday morning (Feb. 24). Reports from Ukraine include military action on both sides, the enforcement of martial law, and pileups of cars trying to escape Ukraine.

Putin’s czarist aspirations are straightforward: This used to be our land. It is our land. We will not cede influence to the West. We will take what is our own. (All couched in language about the supposed threat Ukraine poses to Russia.)

Of course, this is not how Ukraine sees things. For them, this is an invasion. A conquest.

This brings us to the remarks of European leaders like Angela Merkel, Emmanuel Macron, and Boris Johnson, who said this would be the biggest war in Europe since World War II. After World War II, Europeans agreed to stop redrawing national boundaries because shifting boundaries leads to violence and the loss of millions of lives.

Russia’s actions threaten that entire order, and many suspect it’s just the overture before Russia begins to invade NATO members who formerly fell under Soviet and earlier Czarist authority.

In the United States, the debate is now raging about how we should respond. Should we send weapons? Money? Troops? Is America the world’s policeman? Or should we keep to a more isolationist policy following failed attempts to change the Middle East? If we allow Russia to do this, will it embolden China to do likewise? Will this be their final excuse to invade Taiwan without fear?

These are policy questions of enormous import that I won’t even begin to weigh in on. Instead, I want to return to the Bible. Here are five principles from the Bible to help us sort out our opinions about possible responses to war in Ukraine.

1. All life is precious in God's eyes.

Whether those lives are Ukrainian or Russian, all people are made in the image of God. When violent forces invade a nation and end lives, it is always an act of egregious injustice because it defaces, vandalizes, and destroys the living image of the living God.

Which leads well into my next point…

2. There are moral limits to power.

In ancient societies, only kings were thought to be made in the image of God. This explains why Pharaoh thought he could rule by divine command. If his baker irritated him, then off with his head (Gen. 40:16-22). In Pharoah’s mind, there are no limits to his power because he bears the image of God and the baker does not.

In the time that Moses was born, the Pharaoh of Egypt mandated the forced genocide of all newborn boys. But the midwives refused to follow the order. They understood that there is a moral limit to power. Pharoah is not God and must not be obeyed when he seeks to destroy the image-bearers of God.

When rulers, be it Pharoah or Vladimir Putin, put themselves in the place of God, they inevitably claim that power has no moral limits. Like Glaucon in Plato’s Republic, they believe that “might makes right,” the strong write history, and whatever they will is just.

And they are wrong. God defines the moral order, not Putin.

3. Rules and their lackeys will be held accountable.

And so the warning applies to leaders of today’s nation-states. Tread carefully for the living God will judge you.

Revelation tells us that the great worship service at the end of this age includes people from every tribe, tongue, and nation. There will be Russians and Ukrainians there. Our allegiance is to God and his kingdom before any nation-state.

Nonetheless, Christians must be prophetic to their nation-states when those nations commit injustice. And Christians must choose the path of love and generosity when they are attacked. We are already hearing reports of Christians in Ukraine who are staying to serve and love their neighbors, come what may. This self-sacrificial love follows the biblical model.

Our prayers should be for our Christian brothers and sisters in Russia. Pray for a prophetic voice and the courage to speak truth to power. And likewise, pray for Ukraine. Pray that Christians would be the loving, generous, self-sacrificial body of Christ.

5. Christians must not be warmongers.

In the Bible, war is never envisioned as an ultimate good. It is, at best, a necessary evil. The prophet Isaiah continually described God’s coming kingdom with verbal images that show a reversal of war.

They will beat their swords into plowshares and their spears into pruning hooks. Nation will not take up sword against nation, nor will they train for war anymore. (Isaiah 2:4)

Every warrior’s boot used in battle and every garment rolled in blood will be destined for burning, will be fuel for the fire. For to us a child is born, to us a son is given, and the government will be on his shoulders. (Isaiah 9:5-6)

These passages remind us that Christians must never seek or encourage war. That is the opposite of the kingdom. Instead, we must fight to find peaceful solutions without bloodshed, refusing to take war lightly or view it as inevitable.

I recently read that the Patriarchs of the Russian Orthodox Church and of the Orthodox Church in Ukraine are calling for peace in both nations. They understand that way they share in Jesus is more important than their nationality. Jesus calls them to cross the dividing lines of war. And as they do, they show to the earthly powers that there is a different way: a way where love defeats violence, unity triumphs over division, and worship of the one true King topples idolatry.

I will end with the words of the Russian Patriarch prophetically calling his president, Vladimir Putin, to peace,

“I believe that this God-given community will help overcome the divisions and contradictions that have arisen that have led to the current conflict. The Russian Orthodox Church must raise a deep and fervent prayer for the rapid restoration of peace.”

Hear more from Keith and Patrick about what the Bible says about war and dictators, and how God's Word applies to Russia's attacks on Ukraine. Tune into a special bonus episode of Ten Minute Bible Talks as we seek to understand together how Christians should respond.