My Election Hangover Recipe: How Christians Can Recover from the 2020 Election 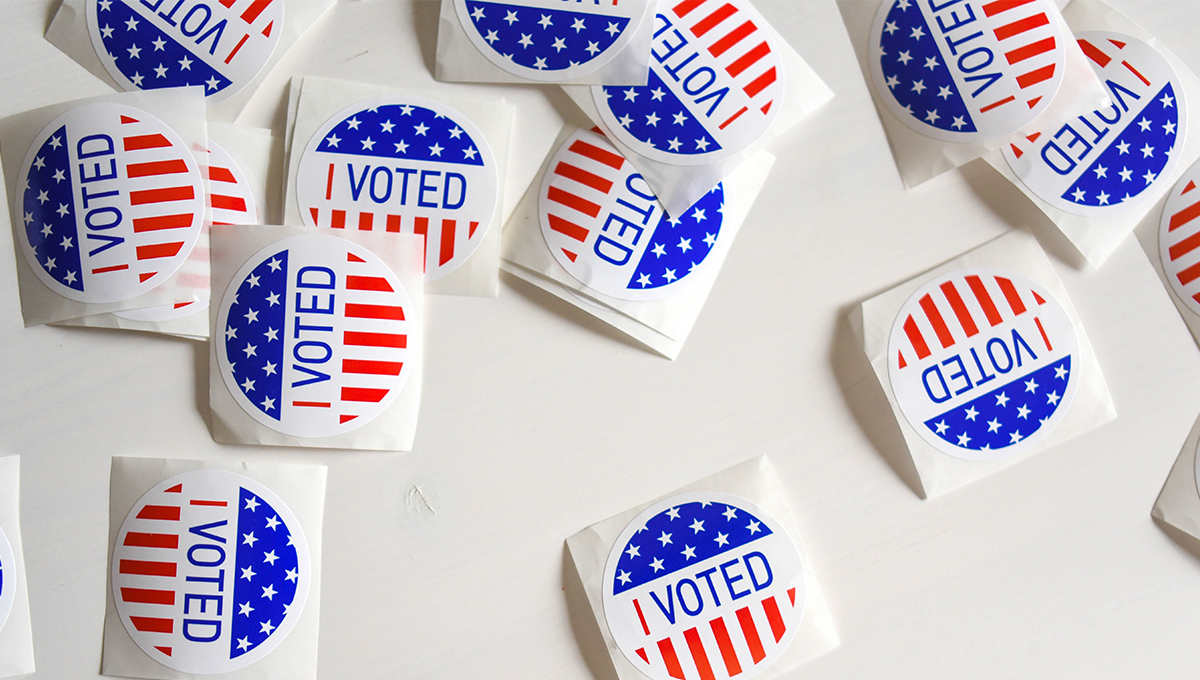 I am writing this a week before the election takes place because I already know how I’m going to feel. News outlets will likely be making declarations of celebration, dismay, or (more likely than not) complete uncertainty. In these moments I need to be reminded of realities that transcend the present. So, if you’re already feeling an election hangover, meditate on these truths and I think you’ll find peace:

If Jesus became President of the United States, it would be a major demotion. He is currently on the throne of heaven, ruling over all creation. This means that whatever happens in our nation is not out of his hands. It’s part of his plan. Now, we shouldn’t be surprised if that plan involves hardship for his followers (Jesus told us to expect it) or losing our white-knuckled grip on worldly power. In fact, this might be the very means by which he brings his love, justice, and mercy on earth as in heaven.

We can rest assured of this: whatever happens in the coming months, nothing can jeopardize the throne of Jesus. His reign is past, present, and future.

Do you know anyone who voted for a Federalist? How about for the Whig party? Probably not.  These are all American political parties from the 1800s which no longer exist—despite the fact that they both can claim a few famous presidents in their ranks. Even closer to home, if you look at many of the things that both parties fervently believe today, you’ll see that most people did not believe in them just two decades ago. For example, Barack Obama was the first sitting president to affirm gay marriage, and it wasn’t added to the party platform until 2012. Never mind that, in 2004, he said that marriage “was between a man and a woman.”

Parties don’t just disappear over time. They change. So, given their transience, let’s not waste too much of our hope on them. Instead, let’s give our hearts and our hope to the kingdom that lasts: Jesus’s Kingdom.

3. Jesus will bring heaven’s love, justice, and mercy to earth.

In the end, Jesus will wipe away every tear, heal every sickness, and right every wrong (Rev. 21:1-5). He calls his followers to be an appetizer of this future banquet by loving our (political) enemies, trusting God faithfully in difficult times, and sharing about his kingdom whenever we get the chance.

Politics offer an almost irresistible temptation to deny all of this. How? By expecting our political party or hero to bring the kingdom instead of Jesus. And then, due to our undue expectations, abandoning the way of Jesus by hating our enemies on social media, trusting politics faithfully in difficult teams, and sharing our politics whenever we get the chance.


I recently heard a Christian call President Trump God’s “anointed one” quite seriously. “Anointed one” is “Christ” in Greek and “Messiah” in Hebrew. They had, quite by accident, made the president into the messiah: “Donald Christ”. Of course, we all know that there is no replacement for Jesus. Politics are full of broken people like you and me. Some doing their best. Some doing their worst. But not even the best politicians can bring about the hoped-for reality which Jesus promises.

The key ingredient in my election hangover recipe:

It’s the promise that the perfect world you long for is coming… But not on inauguration day. No, it is coming on the day when Jesus returns to earth to renew all things.