How To Read the Book of Daniel: Seeing Truth to Live Truth 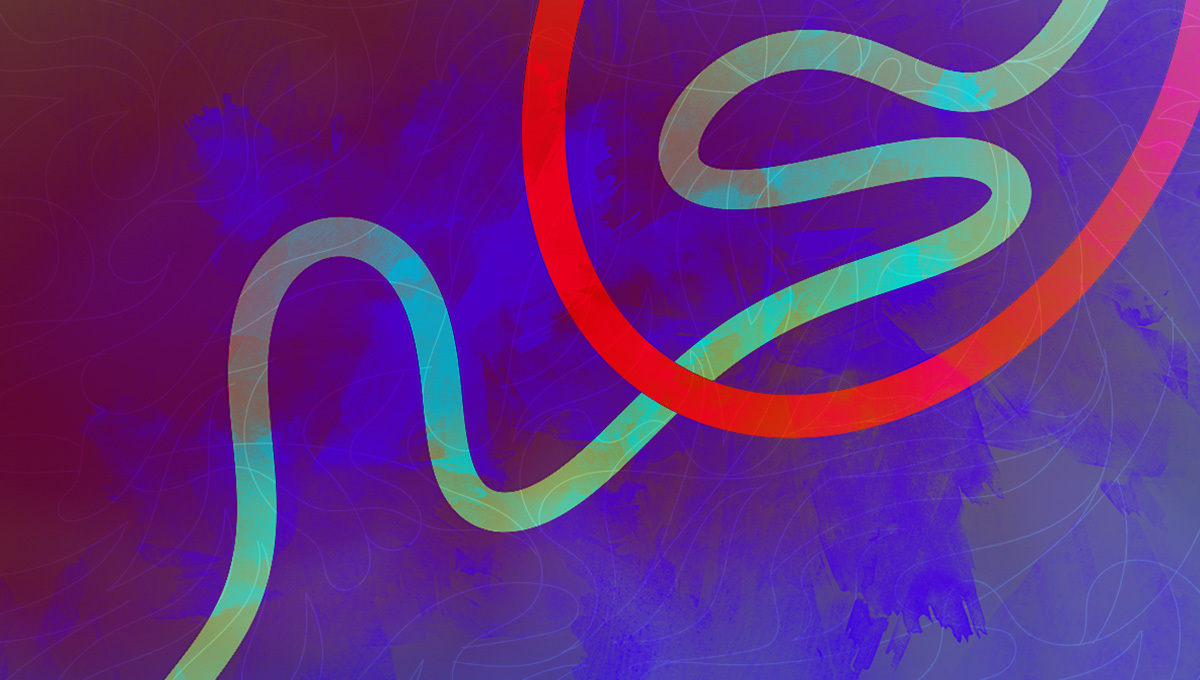 A few years ago, I received an Amazon package, opened it up, and discovered a pound of Bones Coffee Co.’s Sin-O-Bun coffee. The logo was a strange and unappetizing: a skeleton with devil horns serving cinnamon rolls and coffee in skulls to other undead figures. I’d never heard of the brand and didn’t remember ordering it. When my wife got home, I asked if she ordered it and she was equally confused.

Was someone sending us a creepy message?

Well, not exactly. I found the box and realized that it wasn’t addressed to me. The Sin-O-Bun was for a house several streets away. I’d inadvertently opened up someone else’s mail. If it was my mail, I wouldn’t have been confused.

Something similar happens when we open up some of the stranger parts of the Bible.

For example, let’s say you flip open to Daniel 7 and read a strange phantasmagoric vision of monsters (including a dragon!) rising up from the sea, devouring each other, and eventually falling under the feet of a superhuman figure called “the son of man.”

What the heck is happening?

You see, Daniel wasn’t written to you and me. When we read it, we’re reading someone else’s mail. The original audience wasn’t confused by it because it was written to them. They expected it and understood its meaning.

God has a message for you and me in Daniel, but understanding it requires us to step into the Ancient Near Eastern sandals of Daniel’s original readers.

This is challenging, because the second half of Daniel is written in a genre most of us know almost nothing about: apocalyptic literature.

Before I explain the basics of apocalyptic literature, let’s stop and reflect on a bigger question:

What is “genre,” and how does understanding the genre of a text help us appreciate it?

Imagine that you’re a hyper-intelligent alien sent into an 8th-grade English classroom. You have no knowledge of the five-paragraph essay genre, but you’re handed one student’s essay on Benjamin Franklin. The teacher asks you to locate three things: the thesis, the topic sentences, and the conclusion.

Every 8th grader in the room knows exactly where to look for each of these items. The thesis is at the very end of the first paragraph. The topic sentences are the first sentences in the middle three paragraphs, and the conclusion is the final paragraph.

But it might take the alien a good bit of reading and research to understand how the essay works.

You see, it doesn’t matter how smart you are. Reading a new genre is always challenging, while reading a familiar genre is usually quite easy.

Genres function like literary operating systems. When an author writes in a genre, she expects her readers to understand the genre and interpret her words appropriately. For example, an author writing an opinion column for a newspaper expects that readers know his writing isn’t news. Conversely, a news reporter expects her audience to know her writing isn’t opinion. None of this is stated, it’s assumed.

When Daniel shared his visions of Israel’s story, covering almost 600 years of history, he did so with a genre he expected his audience to understand—apocalyptic literature.

But because it’s not our mail—it’s foreign and unfamiliar to us—we will have to work extra hard understand.

So here’s your crash course in apocalyptic lit. (I’ll move from the least to most challenging aspects of this genre.)

1. What does this symbolize?

In a similar way, the figures in apocalyptic literature uses symbolism to represent real world events, people, or nations. Being as familiar with the historical players around the time of Daniel as his audience will make it easier to understand the symbols.

When you read Daniel, always ask yourself: What might this symbolize?

2. What does the imagery reveal about this symbol?

In 1942, a Polish-Jewish artist painted a portrait of Hitler. If you look closely, you’ll see the glimmers of light in Hitler’s eyes are actually skulls. Behind him are vultures and skeletons carrying a flag bearing the lyrics of a popular Nazi song, “Today Germany is ours, tomorrow the whole world.” All of these images communicate the true nature of Hitler’s Germany: it is a place that lives off of death and destruction.

In a similar way, Daniel uses images (like monstrous bloodthirsty beasts) to show the true nature of the empires those beasts represent. Babylon, Persia, Greece, and Rome are rapacious, wicked, devourers of humanity. Once you identify the symbols in apocalyptic literature, pay attention to what’s revealed about those symbols by the details surrounding them.When you read Daniel, always ask yourself: What does this imagery tell me about the nature of the event/person/nation symbolized?

3. Does this sound familiar?

If I called you “A real Voldemort,” or declared you “My Luke Skywalker,” you wouldn’t wonder which was a compliment and which was an insult. Even if you’ve never read Harry Potter or watched Star Wars, you would likely understand the gist of allusion. This is because every culture has stories, heroes, villains, and events (some true and some fiction) that everyone recognizes.

Daniel’s world was no different. As one of the last writings included in the Old Testament, it makes frequent allusions to Israel’s history and other prophetic writings. It also makes allusions to cultural narratives prevalent at the time.

For example, Nebuchadnezzar has a dream of massive tree that shades and feeds the world, only to be cut down for its pride. Three allusions are present: (1) the popular idea of a world tree that gives life, (2) the garden of Eden where a tree of life was pridefully rejected for a tree of knowledge of good and evil, and (3) the tower of Babel (literally, Babylon in Hebrew) where God stopped ancient Babylonians from pridefully building a monument to human power.

When you read Daniel, always ask yourself: Does this sound like something I’ve read elsewhere in the Bible?

It's helpful to end by asking: What’s the goal of this genre?

If an essay’s goal is to educate, a poem’s goal is it move the heart, and an opinion column’s goal is to change someone’s mind, then what’s the normal goal of apocalyptic literature?

So often, we think the goal of apocalyptic literature is to predict the future. But that is not really the case. The word “apocalyptic” comes from the ancient Greek verb “to reveal” or “unveil.” Why?

Because that’s the goal of all apocalyptic literature: to unveil the true nature of the empires and events behind us.

Imagine being one of Daniel’s friends. You’re living in Babylon. The city is beautiful, wealthy, and powerful. It boasts a rich cultural heritage that goes all the way back to Sumer. This is the birthplace of agriculture, bookkeeping, astronomy, math, and even human language.

The Babylonians didn’t bring you to their city to shame you but to make you like them. And why wouldn’t you want to join such illustrious ranks?

Daniel answers the question through apocalyptic literature. He pulls back the veil on reality and says:

“It might seem like the height of human achievement, but Babylon is wicked, idolatrous, and violent. Babylon will not last. Like all empires before it, it will fall. Only the kingdom of God will stand forever, and stand for truth, love, and justice.”

The images in Daniel are supposed to make you feel sick about Babylon, Persia, Greece, and Rome.

Why? To help you resist becoming like the empire around you.

And now, we can begin to understand how this book, though not written to us, is in fact for us.

As Americans, we are deeply tempted to become like our culture because of its prestige. We are all tempted to assimilate to a political party, an academic ideology, a group of coworkers, a group of peers, or a group of power players.

Daniel wants us to unveil the reality behind many of these associations. To see the idolatry, greed, sexual immorality, and deception rotting them out from the core.

To read Daniel is to see truth so that you can be challenged to live truth.

Looking for a way to better understand the book of Daniel as you read? Use this guide from Patrick Miller to help you interpret the four beasts, and four empires, and what historical events are represented in the book.

Featured How To Read Daniel